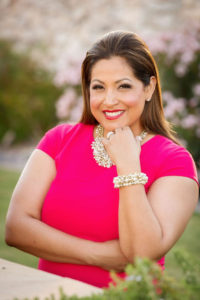 How I Launched a Successful Law Firm With My Husband

Her accomplishments: Alongside her lawyer husband, in 2003, business-savvy Claudia Zanes founded and grew her Tucson, Arizona-based Zanes Law Firm from two employees to a staff of 40 in 10 years. Zanes herself is not a lawyer, but has a background in advertising and marketing. The couple’s personal motto: “She wins clients, he wins cases.”

Recognized as one of the biggest personal injury law firms in the Southwest (with three different locations covering the northern, southern, and central areas of Tucson) this multimillion dollar, family-run company (their daughter is on staff too) is as profitable as it is charitable. Zanes contributes and runs more than 15 different charities, from hosting a Toys for Tots drive to chairing the American Heart Association of Southern Arizona. “I have never been the person who’s a taker; I’m going to be the one who makes a difference,” she says.

Her backstory: Born in Del Rio, Texas, Claudia moved with her family to Nogales, Arizona, at age 3. Zanes learned at a young age how to run a business while working in her family’s restaurants. “I learned the true meaning of a team and the importance of critical thinking and leadership.” She also saw her mother run a successful sewing business and her father a mechanic’s shop, fueling her entrepreneurial interests. The single mom was working in advertising when she met and married Doug, and they quickly realized with their combined talents they could create something successful and special.

Her mantra: She says, “Don’t be afraid of failures; they’re going to teach you something. You have to put your big girl pants on and keep going.”