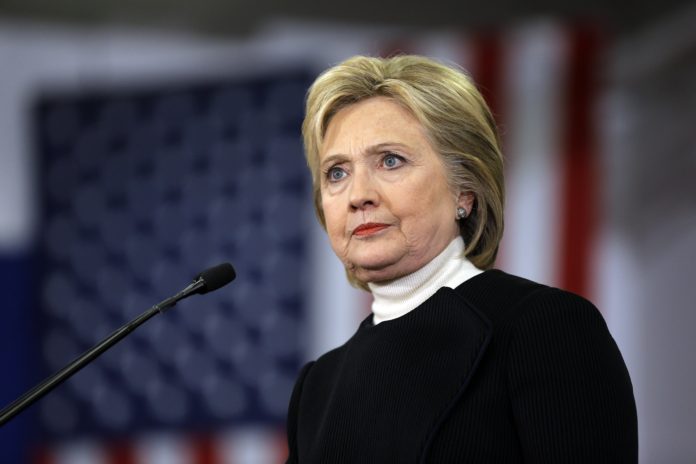 Bryan Pagliano, a former State Department employee who helped set up and maintain a private email server used by Hillary Rodham Clinton, departs Capitol Hill in Washington, September 10, 2015, to give his deposition to a House panel on the Benghazi investigation. 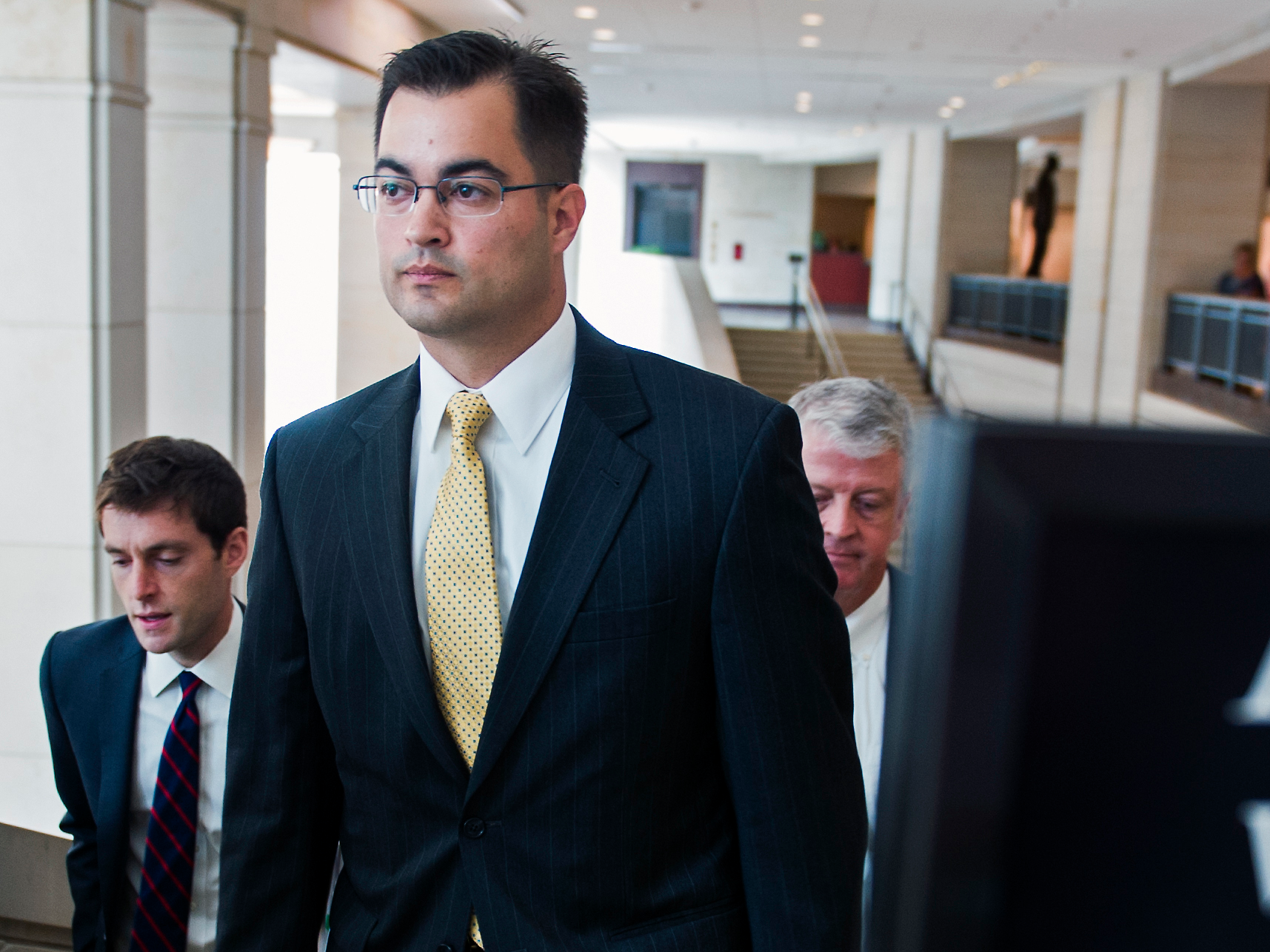 Hillary Clinton’s former IT director has been granted immunity by the Justice Department in exchange for his cooperation with the investigation into Clinton’s private email server, The Washington Post reported Wednesday, a significant development in the long-unfolding saga surrounding the Democratic presidential frontrunner.

In early 2009, Clinton reportedly paid Bryan Pagliano, the IT director, $5,000 to divert all of her emails to a new private server.

The server set up by Pagliano replaced one used by Clinton’s husband, former President Bill Clinton, and was handed over to the Denver-based company Platte River in 2013.

In October 2014, the House of Representatives committee dedicated to investigating the 2012 terrorist attack on the US diplomatic compound in Benghazi, Libya, asked Clinton for any emails she had relating to the attack.

Pagliano was called before a congressional panel in September as a part of that investigation, but invoked his Fifth Amendment right against self-incrimination and refused to answer any questions.

The Clinton campaign’s press secretary, Brian Fallon, tweeted Wednesday that the Clinton campaign “disagreed” with Pagliano’s decision “not to answer questions from Benghazi Committee” and that they are “pleased he is cooperating now.”

Democratic US presidential candidate Hillary Clinton arrives with her daughter Chelsea and her husband President Clinton to speak to supporters at her final 2016 New Hampshire presidential-primary night rally in Manchester.

Still, many political observers aren’t so sure that Pagliano’s testimony will help put the email scandal to rest.

“Hillary Clinton’s albatross and the greatest wild card of the upcoming election is the FBI investigation of her use of a private server,” Greg Valliere, the chief global strategist at Horizon Investments, wrote in his daily note to clients Thursday.

“Pagliano presumably knows a lot, and at the very least his testimony will prompt the FBI to interview other top Clinton aides — and, in all likelihood, Clinton herself,” Valliere added. “This is a deadly serious issue for her.”

Former US Attorney General Michael Mukasey, who served under President George W. Bush, told Fox News in an interview that Pagliano’s deal with the Justice Department “simply confirms” that the investigation into Clinton’s setup is “very serious” and is “not going away anytime soon.”

Pagliano “can tell us if there were ever discussions on the nature of what was going to be moved over onto that private server,” Mukasey said, referring to the FBI’s investigation into whether Clinton or her aides ever mishandled classified material while she was at the State Department.

“He would be out of his mind not to volunteer everything” he knows, Mukasey added. “The only thing he has to lose is the possibility of being prosecuted for perjury or obstruction.”

The scandal has dogged Clinton for nearly a year. Last March, she first admitted to exclusively using a private email account to send and receive work-related emails while she served as secretary of state.

The controversy compelled her to hand over roughly 30,000 work-related emails to the State Department, which have been released in batches since last year.

Pagliano has remained a shadowy figure, even though he is perhaps one of the people most familiar with Clinton’s setup and her motivations behind wanting to use a private email server while she served in Obama’s administration.

A group of lawmakers led by Sen. Chuck Grassley, the chair of the Senate Judiciary Committee, had sought emails belonging to Pagliano in Clinton’s inbox while she served as secretary of state, saying in December that it was the committee’s “highest-priority request.”

But the State Department said it could not find any emails belonging to Pagliano sent before Clinton left office in 2013.

Significantly, Clinton deleted about 30,000 emails that she says were “personal” in nature before handing it over to the FBI, which has been looking into whether Clinton or her aides mishandled classified material by using a private email account.

Around the time she handed over the server, a House committee requested access to it to ensure that she had not deleted any work-related emails. But her lawyer, David Kendall, told the committee that Clinton aides had changed the server’s settings so that only emails she sent and received in the previous 60 days would be saved.

Investigators also are attempting to find out whether any sensitive information was stored on the server after it was handed it over from Pagliano’s oversight to Platte River, which is “not cleared” to have access to classified material.

In August, Platte River’s attorney said the server was “blank” when it was transferred to federal agents, but did not clarify how that process took place. Now that he has been granted immunity, Pagliano may be more willing to explain the rationale behind wiping the server clean. 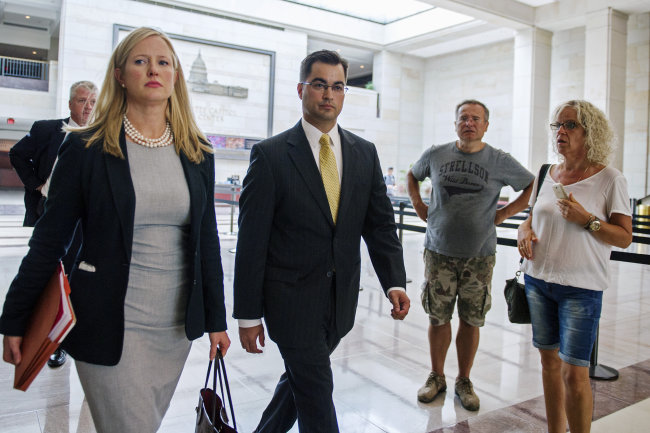 The broader question of whether Clinton skirted the rules governing federal-records management — which require that anything relating to agency activity be captured on the department’s server — remains unanswered.

News of Pagliano’s deal with the Justice Department comes just over a week after a federal judge ruled that State Department officials should be questioned about whether Clinton’s use of a private email server while she served as secretary of state undermined public access to official government records, as required under the Freedom of Information Act.

“There has been a constant drip, drip, drip of declarations. When does it stop?” US District Judge Emmet G. Sullivan said in decision last Tuesday, according to The Washington Post. “This case is about the public’s right to know.”

Clinton, for her part, doesn’t seem too worried.

“I’ve been in the public arena for 25 years, and have been the subject of a lot of ongoing attacks, and misinformation and all the rest of it. … The facts are that every single time somebody has hurled these charges against me, which they have done, it’s proved to be nothing. And this is no different than that.”