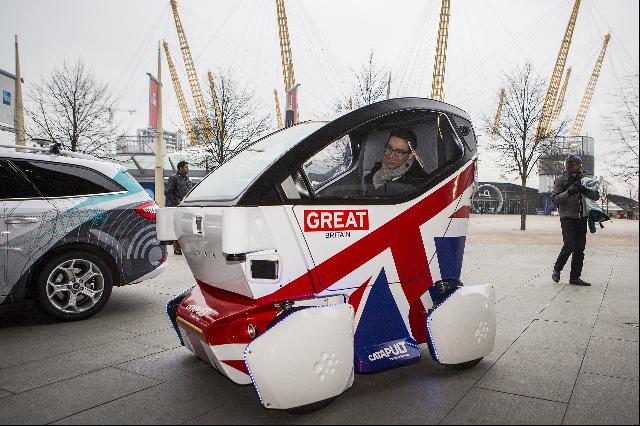 Entrepreneurs and investors should start looking for products and innovations that could contribute to a driverless car economy in the mid- to long-term but should consider short-term predictions of driverless technology revolution to be overblown, experts say.

Driverless car technology is almost certainly coming in the future. Google has already racked up hundreds of thousands of miles (700,000 as of April 2014. The UK government has also recently announced that system testing in Greenwich, southeast London and the towns of Bristol as well as Milton Keynes and Coventry (as a joint project) will start later this year (2015).

The technology provides a number of advantages if it reaches its full potential. For public transport the technology could help to simplify the provision of bus services as well as taxis and minicabs. Although some staff would have to be maintained to monitor a future system, one driver could potentially monitor and control multiple driverless vehicles – saving companies costs on staffing and passing savings onto consumers, according to speakers at a round-table about the technology sponsored by mini-cab app, Kabbee. (Although London’s powerful transport unions might have something to say if it was to be implemented there.)

“There’s no reason why a taxi driver couldn’t have something like three screens in front of him … and sit in a studio directing three or four or five cars through the roads of London where they are driverless cars with a human controlling the GPS,” says Justin Peters, founder and chief executive officer (CEO) of Kabbee.

Then there are the general advantages. Driverless cars are likely to be more efficient, require less maintenance and reduce congestion. For example, driverless cars should be better at travelling in high-speed convoys than their human-driven counterparts, says Phil Makinson, co-founder and chief development officer of Kabbee.

“This could theoretically save fuel, time and increase safety,” he adds.

Meanwhile road congestion is likely to be lessened as efficiency is increased by central coordination from a driverless system, says Chris Lamontagne, head of growth for the UK for GetTaxi, a mobile app.

“You can have less cars required on the e road because you get more efficiency out of a certain number of vehicles and capacity,” he says.
Driverless technology is also likely to eventually prove to be safer – as demonstrated by Google’s driverless safety record. It could eventually prove to be nearly 100% safe, however, that is only likely to come when the vast majority of cars on the road are operating driverlessly.

“Some of the benefits associated with driverless cars will accrue when the very large majority [on the roads] are driverless,” says David Hearn, Chair of the roundtable. “[Until that point] some of the benefits you’re hoping to accrue I suspect won’t because you’re trapped in a model that’s still basically driver driven.”

And this is one of the reasons why the technology is not something for the short-term. There are still a number of technological hurdles to jump ranging from recognising temporary traffic lights to successfully navigating traffic in a driver-dominated world.

This is not an easy problem to solve as a new project being tested by the LTDA and satellite navigation system, TomTom has proven.
“TomTom came to us about two months ago trialling something new – they’ve just launched a new traffic sat nav that’ll take live time data… from mobile phones, from traffic cameras, from just about everywhere you can get it,” says Steve McNamara, general secretary of the London Taxi Drivers Association (LTDA). “[Despite the amount of stuff it’s taken] it’s crap – it just doesn’t work because no matter how quickly the data’s put in, it doesn’t seem to respond quick enough.”

For example, McNamara says, a testing driver was driving east in London and able to see traffic heading west. He got a job back west and the system still tried to route him back along the same road as it could not keep up with the changing conditions.

“I think they’ve got something like over 2,00 samples now and the success rate is 3% that they’ve actually beat a regular cab,” he adds. “The other 97% the taxi gets there much quicker.”

There are also questions about how driverless technology in public transport will deal with safety and cleanliness. Although an optimally operating system has every chance of being safer than driven transport by eliminating human error, there is no guarantee that a driverless system could not be hacked or simply breakdown.

It is fears of problems similar to this (coupled with resistance from trade unions) that has halted further automation of trains on the London underground. And not without justification.

For driverless cars, it presents a new set of threats – from identity theft of methods used to pay on public transport to hijacking and kidnapping as well as fears of being stranded or taken the wrong way by accident.

With any new technology there is a learning curve for creators and those looking to co-opt it to their own end, says McNamara.

“I used to be a policeman in East London back in the early 80s and we used to stop kids with half tennis balls,” he adds. “We had no idea why and then what we found was we were getting some very expensive cars broken into. Eventually we found out what it was – BMW had developed some very sophisticated central locking system, pneumatic, and some sort of 15-year-old scrog in Hackney figured out that you get a tennis ball, lick it, put it over the door and it pops the pneumatic cenrtal locking system.”

There are also questions about what will happen if a driverless car is soiled by public users. “You’re going to have to make the cab vandal proof. We all know people can clone all different things and hack this,” says Sean McGrath, founder and owner of Airport Direct, a London taxi-to-airport specialist. “And then you have the problem with using it as a dustbin … would I want a driverless car to pick me up from Piccadilly Circus because somebody else last ate a Kentucky and a kebab and left half of it in the car.”

But even beyond this there is almost certainly going to be a high degree of resistance from users.
“ I think driverless cars are particularly unsexy,” says McNamara. “I don’t think an awful lot of people are going to be rushing to buy them as private vehicles… people like driving cars, they like being in control, they like their own vehicles.”

And there is an element of mis-trust. Like with driverless trains, there is some doubt as to whether a driverless car car is going to take you safely from point A to Point B on time, on schedule and within a reasonable price, says Nicola Rosa, a passenger and participant in the Driverless Cars Roundtable Discussion.

This is a point particularly unique to London and a few other markets where regulation of cabs is such that a passenger is likely to feel safe and be as sure as they can they are not getting ripped off.

In some other markets with looser regulation, it could be that driverless cars become the safest, most trust-worthy option by eliminating that one-on-one human contact.

This could also be a generational thing, says Lamontagne. Younger users are less likely to want to own a car and more likely to have already participated in some sort of sharing scheme – lessening their fear of a public driverless car.

The younger generation is generally more confident with technology and confident of it, adds Hearn.

“There will be groups that say 80% of deaths on the road are preventable. ‘I don’t want any human allowed to drive a four-tonne object at speed in my direction,’” says Makinson.

But all these problems are also opportunities. As driverless technology progresses and comes closer to being a true reality, entrepreneurs and investors providing solutions are going to be the ones who benefit.