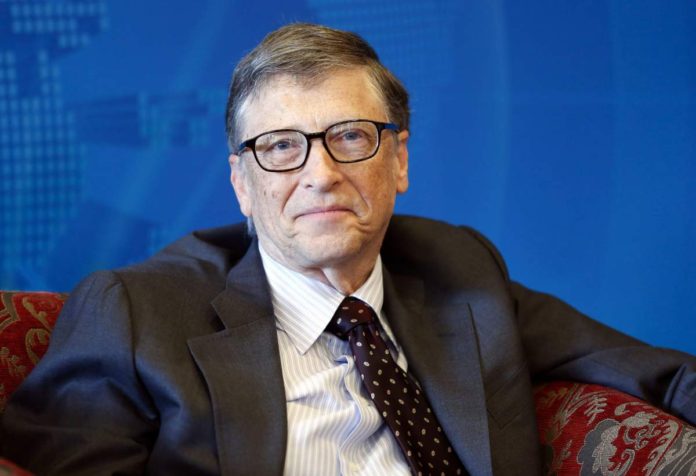 Bill Gates, co-founder of Microsoft attends a breakfast meeting with the theme “Dialogue: Technology & Innovation for a Sustainable Future” during the Boao Forum For Asia Annual Conference 2015 in Qionghai city, Hainan Province, China on March 29, 2015.

“What matters most now is what we do next”

The world’s richest man may no longer be CEO of the company he co-founded four decades ago, but Bill Gates still has a lot to say to those who keep Microsoft ticking.

Gates stepped away from the daily grind atop Microsoft in favor of a more advisory role and more time to focus on philanthropy. But in a letter to coincide with the company’s 40-year anniversary, he thanked the employees for their hard work and asked them to think about Microsoft’s future.

“We have accomplished a lot together during our first 40 years and empowered countless businesses and people to realize their full potential,” he wrote in the letter, obtained by The Verge. “But what matters most now is what we do next.”

Gates briefly mentions his role starting the company with Paul Allen, but he devotes most of the space to the continued evolution of Microsoft and the tech landscape in which it operates.

“We are nearing the point where computers and robots will be able to see, move, and interact naturally,” he added, “unlocking many new applications and empowering people even more.”

Read the full letter at The Verge.