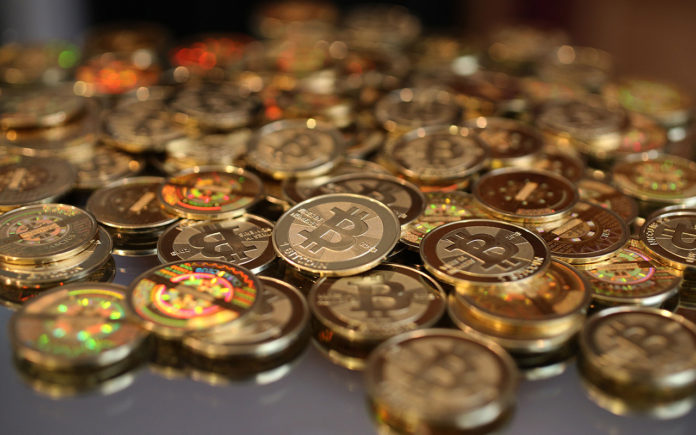 (Bloomberg) — The biggest U.S. stock exchange operators
are taking steps to embrace bitcoin, spurring speculation the
digital currency is coming up from underground.

Nasdaq OMX Group Inc. revealed Tuesday that New York-based
Noble Markets, a platform for trading bitcoin, has agreed to
license Nasdaq’s X-stream technology. Noble is adopting the same
software used by securities exchanges around the world, and a
related system runs the Nasdaq Stock Market, one of the biggest
equity exchanges. The news follows the New York Stock Exchange’s
January agreement to invest in Coinbase, another platform for
trading the digital currency.

Markets for buying and selling bitcoin took a reputational
hit when one of the biggest, Mt. Gox, failed in 2014. Mt. Gox
filed for bankruptcy after discovering it had lost bitcoins
belonging to customers and itself. Deploying Nasdaq’s software
could give Noble greater legitimacy.

“It is a vote of confidence in bitcoin the technology,”
Nicholas Colas, chief market strategist at Convergex Group, said
in an interview. “Now that you are seeing big organizations
providing technology, there’s a feeling that bitcoin is here to
stay.”

While some bitcoin startups have recently built their own
trading technology, Nasdaq’s system has been battle-tested for
years. Nasdaq provides trading software to companies including
Japan Exchange Group Inc. and Singapore Exchange Ltd., which are
among the biggest market operators in the world.

“Nasdaq is open to providing its technology to other
bitcoin exchanges,” Ryan Wells, a Nasdaq spokesman, said during
an interview.

Noble was founded by John Betts, whose resume features
stints at Goldman Sachs Group Inc., Morgan Stanley and UBS Group
AG. Betts said his finance career included designing trading
systems. His time working for the giants of finance may be a
sign of maturation for bitcoin, and contrasts with Mt. Gox,
which was originally envisioned as a place to buy and sell
playing cards for the game Magic: The Gathering.

Nasdaq’s involvement is a good sign, according to Adam
Draper, a venture capitalist at Boost VC who invests in bitcoin
startups.

It “obviously shows that they think bitcoin is here to
stay,” he wrote in an e-mail, referring to Nasdaq.