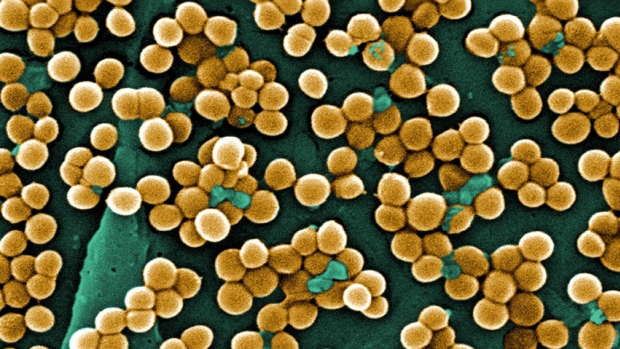 MRSA is an antibiotic resistant so-called ‘super-bug’, which can cause deadly infections. The researchers found that none of the individual ingredients from the potion alone had any measurable effect on MRSA, but the combination was highly effective.

A medieval recipe found in a 1,000-year-old book can kill antibiotic-resistant superbugs that are hard to treat with modern medicine.

A recipe for the potion, originally an eye salve, was found in Bald’s Leechbok, a 10th-century book of Anglo-Saxon medical advice and recipes for medicines, salves and treatments found in the British Library. 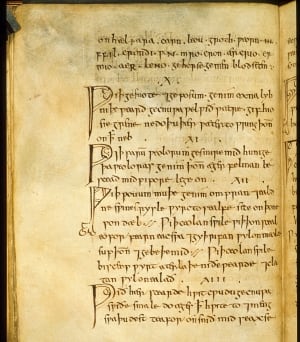 A recipe for the potion to kill antibiotic-resisant superbugs, originally an eye salve, was found in Bald’s Leechbok, a 10th-century textbook of Anglo-Saxon medical advice and recipes for medicines, salves and treatments found in the British Library. (British Library)

When tested in mice on wounds infected with methicillin-resistantStaphylococcus aureus (MRSA), it performed at least as well as conventional antibiotics, reported scientists at the Annual Conference of the Society for General Microbiology this week in the United Kingdom.

“We were absolutely blown away by just how effective the combination of ingredients was,” Freya Harrison, the University of Nottingham microbiologist who led the study, said in a statement.

The idea of testing the remedy came from historian Christina Lee, who knows Harrison through a book club at the university at which members read old Anglo-Saxon textbooks together, said Steve Diggle. Diggle, an associate professor of microbiology, runs the lab where Harrison does her postdoctoral research.

The remedy proved effective at killing bacteria in a test tube, so the researchers decided to try it on MRSA biofilms –  tightly packed, sticky coatings of bacteria found all over surfaces in places like hospitals.

“The problem with biofilms is they’re very, very resistant to antibiotics,” Diggle told CBC’s As It Happens.

But the potion killed the biofilms too.

“And that’s when I started to think, ‘Actually, this is quite good,'” Diggle recalled. 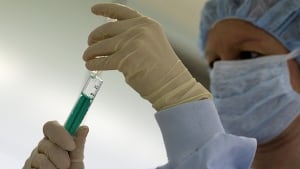 A surgery nurse prepares a syringe during procedures to clean the wound of an amputee patient with MRSA in Berlin. MRSA infections are hard to treat. (Fabrizio Bensch/Reuters)

The recipe specifies that the ingredients must be brewed in a brass vessel, strained and then left to sit for nine days before use.

The researchers found  none of the individual ingredients alone had any measurable effect on MRSA, but the combination was highly effective.

“What we need to do with this recipe,” Diggle said, “is really understand how it works now.”